Hola, amigos! The countdown to Christmas has begun, and Mexico is no exception. In fact, Mexicans start celebrating the holidays long before anyone else does. What can I say? We love a good party! And to make the holidays even merrier, in Mexico we have certain traditions that give this time of year a very special touch. These are some of them. 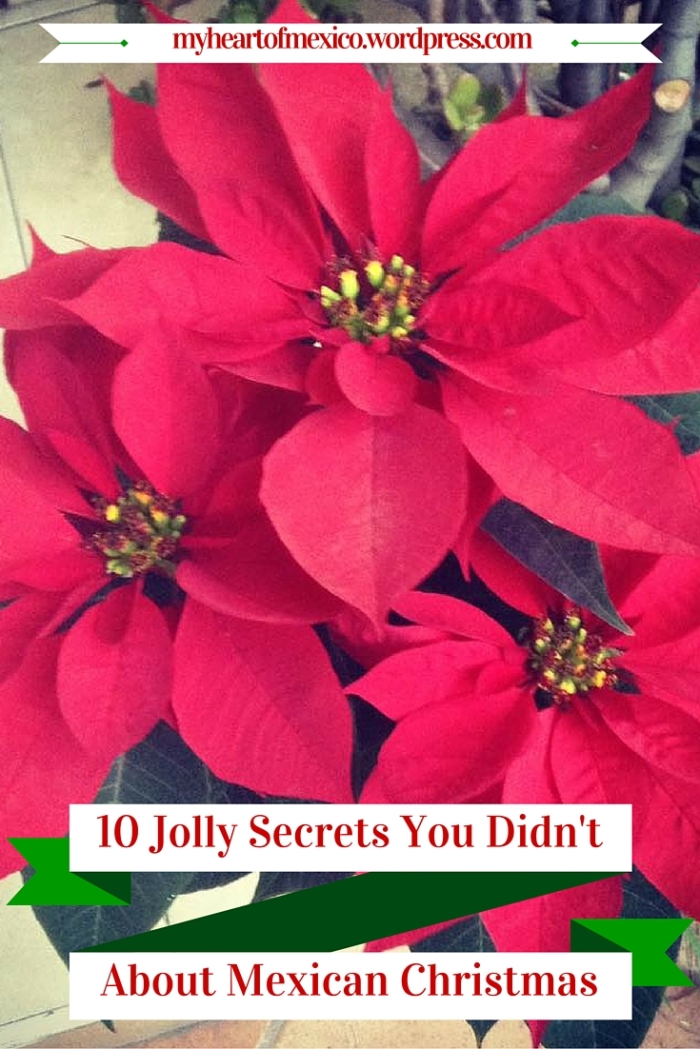 I love this time of year! There are many special things that make Christmas very festive in Mexico.

Personally, I love all these traditions and details because they remind me of my childhood. I am happy that my children now get to experience these things, and that’s wonderful because they love Christmas for things other than presents.

These are just some of the little things that make the holidays so meaningful for us.

You might think Mexico doesn’t get any snow during the winter, but that’s a big mistake.

Mexico is a very large country, and there are not only sunny beaches, but also tall mountain ranges, high valleys, and lush pine forests. That’s where we get snow every winter and plenty of it. In fact, at any one time, the snow-covered area of Mexico can be larger than France!

The fun part is, that snowy slopes and fields are never far from any large city. Every winter, families drive out to national parks to play with the snow. It’s good, old-fashioned fun!

2. The Endless Days of Christmas

In Mexico, the holiday season begins on December 12th with the feast day of Our Lady of Guadalupe, and Christmas officially starts on December 16th with the first posada, a traditional celebration which features a reenactment of Mary and Joseph’s trek to Bethlehem.

To have a posada, invite family and friends over, and then split the party in two. Half the people will go outside carrying figures of Mary and Joseph, and the other half will stay inside the house.

Both groups will alternatively sing verses of the the traditional posada song. When the song ends, everyone will go into the house and have tamales, buñuelos, atole, and fruit punch. Also, there might be dancing involved. Repeat every night until Christmas Eve. There’s a lot of partying to do in Mexico!

This is the traditional posada song.

3. ‘Tis The Season For Piñatas

The holidays in Mexico are piñata season! At each of the nine mandatory posadas, kids get to break a piñata. Fun, right?

However, a traditional holiday piñata has a very deep meaning. How’s that?

First of all, a holiday piñata must have a round center with seven spikes, which represent the seven deadly sins. You must cover the eyes of the person hitting the piñata to symbolize blind faith, and the stick represents virtue, which trumps sin. The candy inside represents the gifts that we receive as a reward for our faith in God.

All in all, a piñata is a representation of the triumph of good over evil. And it’s also a lot of fun!

In Mexico, a Christmas pageant is called a pastorela. These are performed at schools, theaters, posadas, and communities all over the country.

A traditional pastorela is a little different from a regular pageant. It centers around the shepherds, who must face a series of trials and temptations in order to find their way to Bethlehem to see baby Jesus.

Some pastorelas are dramatic, others are humorous, but the main plot must always center around the shepherds overcoming a struggle with evil and finding their way to Jesus.

Also, the shepherds are always dressed in the traditional attire of Mexican peasants. Charming!

5. A Little Sympathy For The Devil

Strangely, the Devil is an important character in Mexican holidays. We’ve been talking about how pastorelas and piñatas represent the triumph of good over evil, so it’s only logical that the Devil had to be in there somewhere.

Strange as it may seem, devil costumes are in more demand during the holidays than during Halloween. Weird, right?

Nativity scenes are not exclusive to Mexico, but here they are quite colorful and an important tradition! In fact, I have neighbors who won’t set up a Christmas tree, but the nativity scene is a must-have in every home.

In some provinces, families will set up the nativity scene out on the front porch or in the front yard. It’s fun to walk around the neighborhoods looking at the displays of Mary, Joseph, baby Jesus, and a whole assortment of shepherds, angels, wise men, villagers, and little animals.

Poinsettias are native to Mexico, and apart from chocolate, I believe they are one of the best gifts my country has ever given the world. These beautiful flowers bloom only during the winter months, which is why they have long been a symbol of Christmas.

The Aztecs called them cuetlaxochitl, or “leather-flower”, and modern-day Mexicans call them “Christmas Eve flowers”. They are found everywhere during the holidays, and everyone loves their radiant color.

Poinsettias were known only in Mexico when the first American ambassador, Joel R. Poinsett, arrived in 1822. He fell in love with the flower and sent samples of it back home to the United States. From then on, the ancient cuetlaxochitl flower gained a new name and worldwide fame.

In Mexico, Christmas Eve is when the real party happens. Families get together, they have a posada, a delicious Mexican dinner, and open their presents. Everyone stays up at least until midnight to toast the birth of Jesus.

On Christmas Day, everyone walks around in their pyjamas, opens the fridge, and takes out last night’s leftovers to have a more casual meal, a recalentado. At least that’s how we do it. But trust me, there are usually no big parties on Christmas Day in Mexico. Too many people are recovering from a hangover.

The New Year has a lot of traditions too. In Veracruz province, the Yucatan peninsula, and all over the southeast, children decorate a tree branch, or La Rama. Then, on New Year’s Eve, they walk around town holding up La Rama and singing the traditional New Year’s carol, and people give them coins and candy.

Families get together again and have dinner on December 31st, and stay up to toast the New Year. At midnight, fireworks explode, church bells toll, and tradition demands that you eat 12 grapes in all, one at each bell toll. Honestly, it’s impossible to eat all those grapes without choking, but it’s fun to try!

You might think the party is over once January comes around, but it’s not. There’s still one more day of fun!

On the evening of January 5th, children write a letter to the Three Wise Men, or Los Reyes, asking for presents and go to bed early. Meanwhile, every Mexican parent goes out on a crazy shopping spree to get toys for the kids, which lasts until the wee hours. Finally, on the morning of January 6th, children happily wake up to find their presents under the Christmas tree.

There’s a lot of Mexican kids who don’t believe in Santa Claus, but they all believe in the Three Wise Men. They’re every kid’s favorite people.

As you can see, Mexicans like to have a long holiday season. From December 12th to January 6th, it’s a non-stop series of parties and get-togethers that are affectionately known as the Guadalupe-Reyes marathon.

It certainly makes for a serious uphill climb in January, but I don’t think anyone in Mexico would agree to scale back during the holidays. Life is meant to be enjoyed, right? Happy holidays, everybody!

Merry Christmas and a happy New Year to all my wonderful readers!

fabiolaofmexico I'm a Mexican, mom, wife, blogger, ESL teacher, and translator. My blog is dedicated to sharing all the fascinating things about Mexico that have nothing to do with politics, violence, and drug cartels, I hope you will gain a deeper understanding about my country and learn to love it as much as I do.
Published 21 December, 20151 December, 2016