The Best Way To End The Mexican Holiday Season

Hola, amigos! I hope you had a wonderful holiday season, full of peace, love, and joy. Sadly for you, the holidays are long gone. But for all of us lucky people living in Mexico, there is yet another holiday to celebrate- El Día de Reyes, or Three Kings’ Day. Would you like to join in the fun? 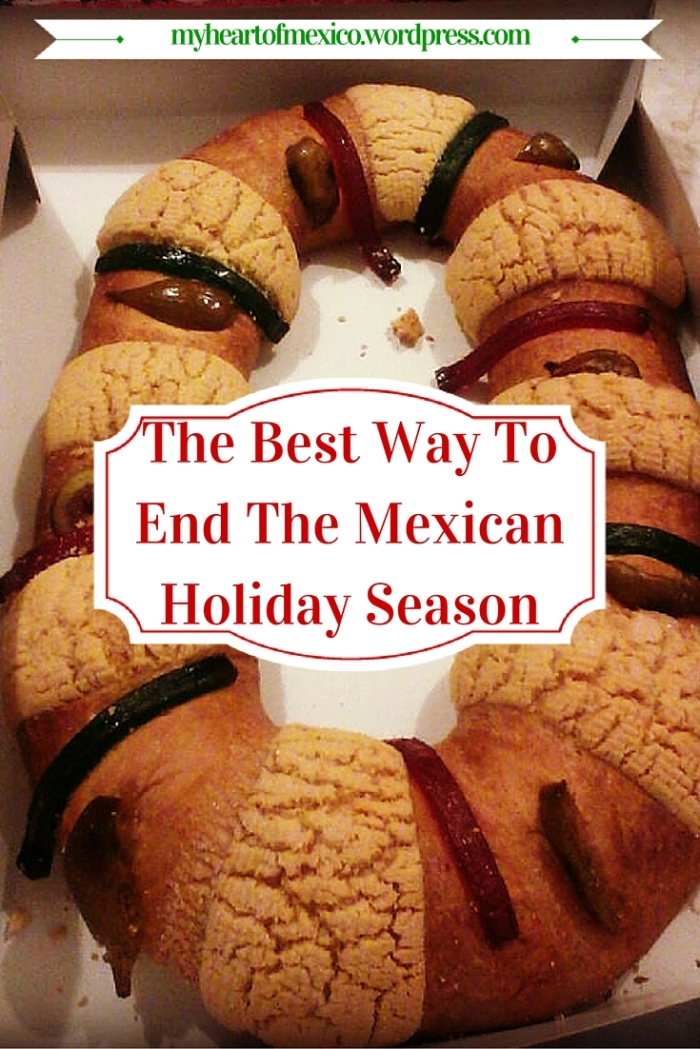 In Mexico, we don’t stop celebrating just because it’s January. This cold, dreadful month also brings its share of joy. On January 6th, we welcome the arrival of the beloved Three Kings!

The holiday on January 6th

According to the Bible, The Three Kings (or Three Wise Men) arrived from far-off nations bearing gifts for baby Jesus. This holiday is celebrated 12 days after Christmas, on January 6th, all over Latin America and Spain. It’s the closing of the holiday season and the happiest day of the year for millions of Latin American and Spanish children. 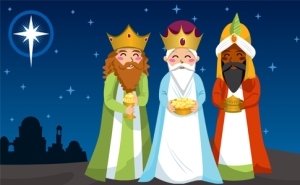 Santa Claus and the Three Kings

As it turns out, Santa Claus is not as popular in Latin America as he is the United States because he is seen as an imported and foreign character. In fact, there are many Mexican families, mine included, that do not endorse the idea of Santa bringing gifts on Christmas.

Gifts are exchanged on Christmas, but the important presents for the kids are reserved for Three Kings’ Day. That’s when the real gift-giving takes place!

Although there are many Mexican kids who don’t believe in Santa Claus, there isn’t a single one who doesn’t believe in the Three Kings.

According to tradition, the Three Kings had names- Melchior, Casper, and Balthasar. Every Mexican child knows these names by heart!

In public places all over Mexico, such as parks, town squares, and shopping malls, there are groups of men dressed up as the Three Kings. Children can come up to them and tell them what they want for a gift, pretty much like Santa on Christmas.

Of course, you’d better watch out, because the Three Kings also have a list of who’s been naughty and who’s been nice!

On the Eve of Three King’s Day

On the evening of January 5th, Mexican children write a letter to the Three Kings, asking for gifts. If a child has been good, he or she will get a present, but if the child has been naughty, he might get a piece of charcoal instead.

Children roll up their letters and put them inside one of their shoes, and then leave the shoe under the Christmas tree or next to the front door.

Some children prefer to tie their letter to a helium balloon and let it float away into heaven, to where the Three Kings are. Then, they go to bed early.

Meanwhile, parents go on a mad shopping spree to make sure the kids will get exactly what they asked for in their letters.

On the days leading up to January 6th, and especially on the evening of the 5th, the crowds get bigger and bigger in stores all over the country. Department and retail stores set up tents in parking lots, with toys stacked from top to bottom, to keep the shopping insanity outside.

It’s like a mix of Black Friday and Christmas. I’ve even seen parents wrestle toys from each other. My husband and I go on this annual adventure, and I can tell you it gets just a little bit too crazy!

Mexican parents will go to great lengths to make sure their children wake up to a pile of presents on the morning of January 6th. A night of crazy shopping is worth it if it means the kids will get what they wanted from the Three Kings.

January 6th is a lot like Christmas morning in the United States. There’s a lot of torn wrapping paper and kids jumping around in their PJs. It’s a day for the whole family to spend together.

In the evening, families get together to have some hot chocolate or atole, tamales, and the Rosca de Reyes. This is a sweet cake, decorated with sugar and dried fruit that is the staple on every January 6th. Everybody loves Rosca!

The Rosca is always shaped like a doughnut because it is supposed to be a king’s crown, with the dried fruit and sugar being the crown jewels. Lovely, isn’t it?

Tradition says that each family member should cut a slice because there might be a surprise hidden inside. Hidden somewhere inside the Rosca is a little figurine of the Baby Jesus. Whoever gets the slice with the figurine, is the person chosen to host the tamales for the next big holiday- Candlemas on February 2nd.

The End Of The Mexican  Holiday Season

The holidays in Mexico finally end with the cutting of the Rosca. This is finish line of 25 days of partying and fun that began on December 12th with the Virgin’s feast day. After Three King’s Day, children go back to school and everyone gets on with their old routines. It’s a bit sad to know the holiday season is finally over, but I’m sure my pants will be thankful. Even better, we’ll have a whole year to get ready for the next holiday marathon of good food and fun!

How was your holiday season? Share in the comments!

fabiolaofmexico I'm a Mexican, mom, wife, blogger, ESL teacher, and translator. My blog is dedicated to sharing all the fascinating things about Mexico that have nothing to do with politics, violence, and drug cartels, I hope you will gain a deeper understanding about my country and learn to love it as much as I do.
Published 6 January, 201622 January, 2019