Mexicans celebrate Independence Day with a huge party on the night of September 15th. Here’s how it all went down.

Every year, I look forward to Mexican Independence Day because it’s the biggest party of the year!

No matter where you are in Mexico, there’s a party going on the night of September 15th. You can be either at Mexico City’s central square or in a remote village, and there will be a party going on.

How people celebrate depends on what they like to do. Some people like to have a family-centered dinner party and others throw an all-nighter, but everything is fine as long as you have some fun.

Here’s what I did on the evening of September 15th!

This was my outfit for the day: a hand embroidered blouse made by local indigenous women. Isn’t it lovely? 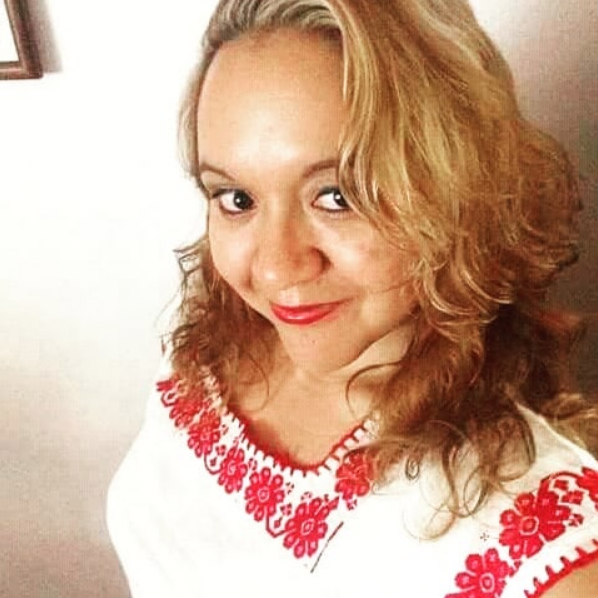 Mom and I cooked up a storm. We made some delicious pozole.

Pozole is one probably the most popular dish this time of year. There countless variations on this recipe, so there isn’t one that you can call authentic. Every single mother and grandmother in Mexico has her own pozole recipe, but they all contain meat, hominy corn, and vegetable toppings.

We also made “chiles en nogada”, which is the most iconic dish for Independence Day. This is because the dish contains Mexico’s three national colors: green (in the chiles), white (in the white pecan sauce), and red (in the pomegranate garnish).

Tradition tells us that a group of nuns in the city of Puebla invented the dish to honor the man who signed Mexico’s Declaration of Independence, Agustín de Iturbide. He’s also the one who came up with our flag and national colors.

After dinner, we all went out and joined the “verbena popular”, or local party. There were amusement rides and everybody joined in the fun.

I can’t believe my husband talked me into getting on this ride. I definitely made my head spin. 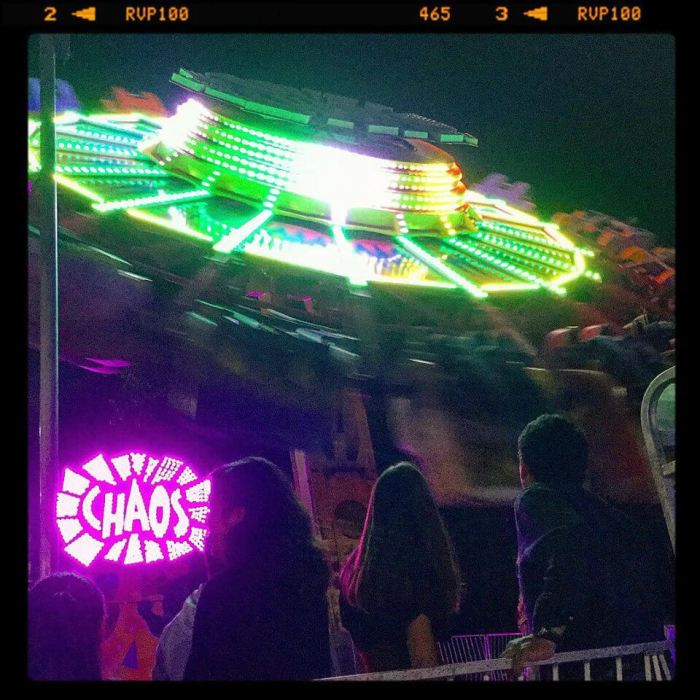 Then, we all headed down to watch the traditional ceremony headed by the local authority figure. In this case, it was the headmaster of the local university, but the ceremony is also performed by mayors, governors, and the president, depending on where you are.

During the ceremony, the president or the local authority figure will shout out the names of our national heroes and ring a liberty bell.

There were fireworks afterwards.

Finally, we all went home and but stayed up late. I think we went to bed at 2:00 am.

Fortunately, the next day is also a holiday, so there’s no work or school. And everyone has time to recover from the party the night before. Awesome, right?

It was a fun weekend, well worth the year-long wait. I can’t wait to do it all again next September! Will you be joining us? Mi casa es tu casa.

Would you like to be in Mexico for Independence Day?

fabiolaofmexico I'm a Mexican, mom, wife, blogger, ESL teacher, and translator. My blog is dedicated to sharing all the fascinating things about Mexico that have nothing to do with politics, violence, and drug cartels, I hope you will gain a deeper understanding about my country and learn to love it as much as I do.
Published 16 September, 201817 September, 2018